The EICMA show, held annually in November in Milan, Italy, is one of the largest motorcycle shows in the world. The major motorcycle brands will release most of their new models there, and leading aftermarket companies will show off their latest innovations. Custom bike builders also show off their latest cafe racers, scramblers, choppers, and more. We’ll be onsite for the show, so make sure you follow us during the first week of November for all the breaking news.

What’s next? We’ll only find out at the show! 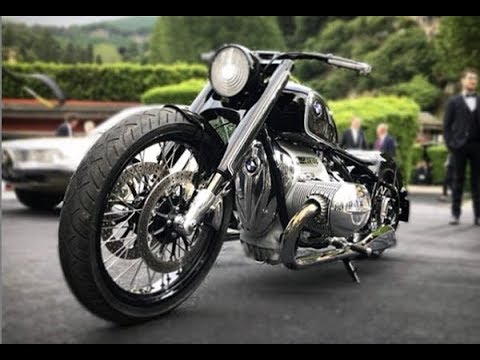 BMW has released preview info on a new R18 retro cruiser, which looks mean and low. While they has not made any official announcements on the sport and adv side, Moto.it recently pointed out that US government filings for BMW’s 2020 lineup show the XR model as missing . It’s typical to “hide” a new model until release date, and a new XR usually follows a year after the release of an RR model, so we may see a new S1000XR. BMW is also expected to debut a middleweight adventure-sport F850RS based on the Concept 9Cento, for next year as well.

Ducati will have a special unveiling event in Rimini, on October 23rd of this year, just before the EICMA show. We expect Ducati to unveil more than a few motorcycles and bring them to EICMA, including the Ducati Streetfighter V4, a revamped Ducati Panigale 959, and possibly a Ducati Multistrada V4, though early indications is that it will be a 2021 model.

Honda’s 1080cc 2020 Africa Twin 1100 has already been revealed, but Honda may present its new and smaller capacity Africa Twin, aimed at the 700-800cc adventure bike range, at the EICMA show and take a stab at the 800cc ADV market currently ruled by KTM, BMW and Triumph. There will also be a new CB300R, and big updates to the CBR1000RR, including mechanically retractable fairing winglets.

Kawasaki has released “teaser” videos of a new Supercharged “Z” motorcycle model, perhaps a Z1000 H2. Sadly, we’re unlikely to see a 700cc, 375lb thumper replacement for the retired dirt-capable KLR. Kawasaki’s own website shows a countdown timer to EICMA and no less than six bikes under wraps, so there may be more surprises coming!

KTM appears to have a 1290 SuperAdventure revision in the works, which will include radar sensors for adaptive cruise control.

KTM’s 390 Adventure is also expected to debut and was spied during night testing only a few days ago. 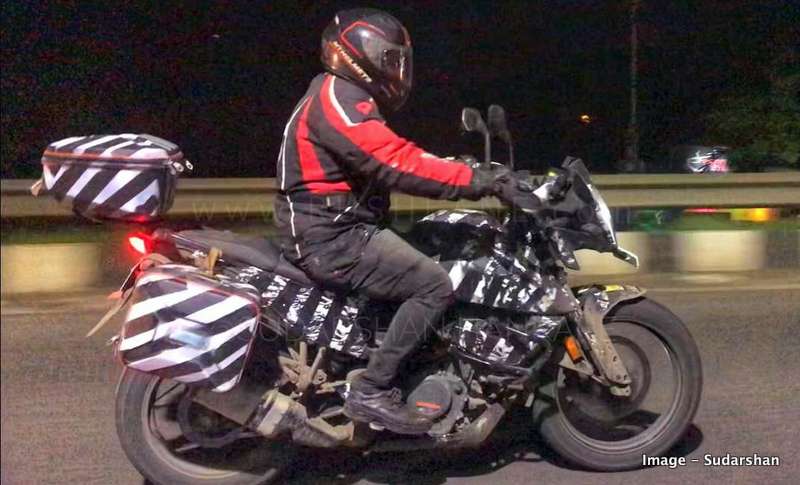 Suzuki is expected to unveil its a new Hayabusa, as well as a new DR Big model. The new DR motorcycle, to be called the Suzuki DR Big, will be based on the current V-Strom 1000, and make around 100 horsepower with a 21-inch spoked front wheel, 20-litre fuel tank, higher ground clearance and a high exhaust. Long travel suspension, standard engine bash plate and switchable ABS, as well as more sophisticated electronics, including dedicated riding modes, and traction control will also be on the menu. 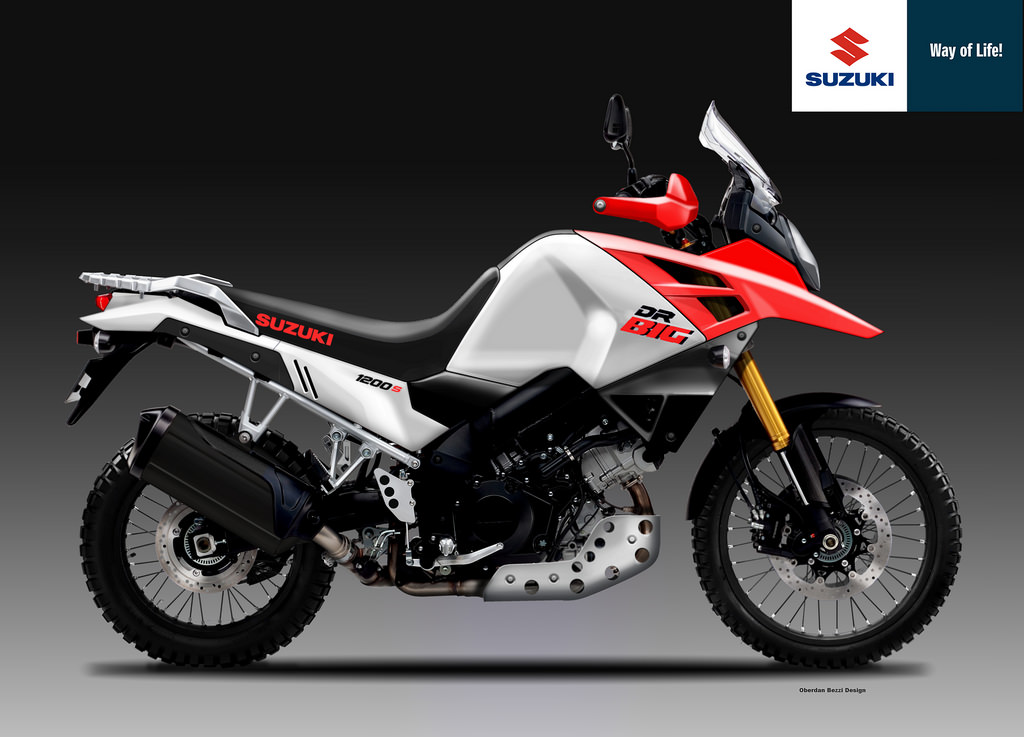 Triumph is working on an updated 2500cc, 170hp Rocket III cruiser, along with a new range of the Tigers, upgraded to 900cc. 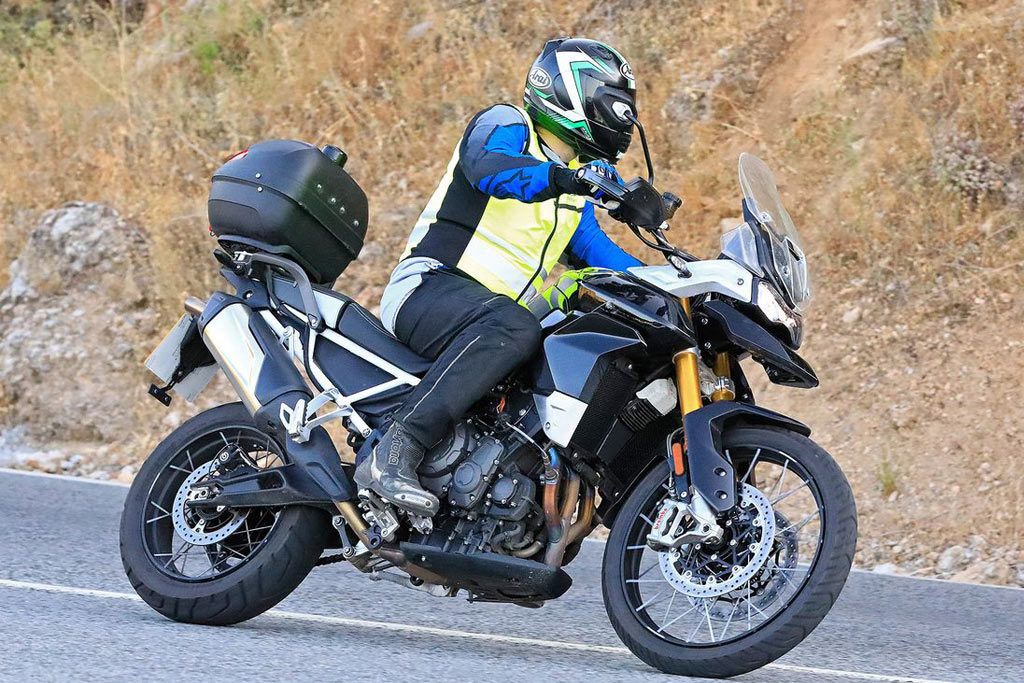 Yamaha may be releasing a XSR125 in the UK, but it’s a little small for our USA market. We hope they accelerate the arrival of the new T7 adventure bike!

Join us in the first week of November as we post all the latest news from Milan!